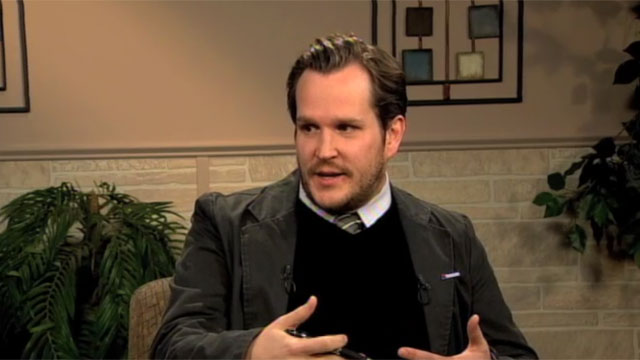 Something like that probably happened this past week when President Obama seemed to question the authority of the Supreme Court to strike down or even review the constitutionality of the Affordable Care Act—or "Obamacare," if you like. And not surprisingly, conservative commentators were hyperventilating.

I happened to watch a few hours of FOX News commentary this past week in which Obama was accused of bad scholarship and unjustly trying to intimidate members of the Supreme Court and, at worst, doing away entirely with our Constitution and the doctrine of separation of powers.

Of course, there is something odd about the claim that the Supreme Court could not review and strike down a law duly constituted and passed by Congress. A brief review of constitutional law suggests that this is hardly unheard of and of course a constitutional lawyer like Obama knows that—any graduate of Harvard Law school who went on to teach constitutional law at the University of Chicago should know that.

So what's going on here? Probably two things that bloggers and commentators without a developed sense of sarcasm or irony would miss. Here is the actual quote:

"I'd just remind conservative commentators that for years what we've heard is the biggest problem on the bench is judicial activism or a lack of judicial restraint — that an unelected group of people would somehow overturn a duly constituted and passed law… Well, here's a good example. And I'm pretty confident that this court will recognize that, and not take that step."

First, Obama is picking up on a favored rhetorical strategy of conservative commentators for at least the last 40 or so years: accuse the Supreme Court of judicial activism when they hand down a ruling that you don't like.

Don't like what the Supreme Court has had to say about abortion and reproductive rights? Accuse them of judicial activism. Or better, insist that unelected judges have no right to subvert democracy. And you better believe that if the Roberts Court does review the Defense of Marriage Act and strikes it down as unconstitutional then we will hear such howls of protest at ear-splitting volume.

Many members of this court were also members of the Rehnquist Court that handed down the controversial Bush v. Gore in 2000. And some members of the Roberts Court have barely tried to hide their partisanship: Justice Thomas failed to reveal his own conflict of interest and failed to recuse himself from the current case while Justice Scalia has been repeating Republican talking points.

Noting just how old and fragile some members of the Court are, couldn't this simply be Obama capitalizing on an unpopular Supreme Court to energize his base? Both these options are surely more plausible than the one that makes someone who is at least reasonably intelligent look like a fool. And that is not partisan apologizing. It is simply honest charity in interpretation.