Why Are We Fighting Over $325 Million When There is $9 Billion Available?

Posted by John Kaczynski on 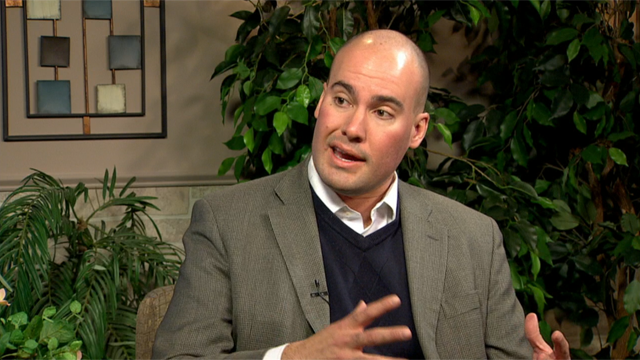 In 1978, Richard Headlee passed his tax cutting amendment into the State Constitution.  Since 1978, the Michigan legislature has followed suit by cutting taxes across the board.  These tax cuts were praised by a majority of the citizens as they continued to elect individuals who continued to advocate for additional tax cuts.  The funds that have been saved by the average Michigan citizens have allowed us to go out and “stimulate” the economy.  However, could these funds have been invested in a better way?

In 2013, the Michigan Department of Transportation reported they need an additional one billion dollars a year to repair our roads and infrastructure.  Since 2011, the Michigan public education system has lost over $500 million in funding.  Local municipalities have also been cut by over $100 million during the same time frame.  Finally the higher education budget has lost over 1 billion dollars in yearly funding since 1978, along with many other public services being cut by over $100 million since 2011.  What is the end result?  Our roads are ridden with potholes, the cost to attend college has been shifted from the state to the individual and the quality of life factor in our cities has dropped.

In 2011, Governor Rick Snyder was elected by a large margin to the Office of Governor.  He promised to bring transparency and also govern as a centrist.  Beyond this promise, he also guaranteed that he would have a budget passed on time and put the State of Michigan back on solid ground from a fiduciary standpoint.

Governor Snyder did propose a budget, well before October 1st deadline and also did place the State budget on solid ground.  However, did he place the State of Michigan on solid ground?  In 2011, the State of Michigan started off with a budget gap of $1.4 billion.  The Governor removed the Michigan Business Tax, which gave corporations a $1.8 billion tax break and created an additional loss of $1.8 billion in tax revenue to the State budget.   This created a $3.2 billion deficit in the budget.  Between the elimination of various tax exemptions for citizens, income tax increases on pensions and over $1.5 billion in cuts to education, higher education, local revenue sharing for communities, social services and state employees; the State budget was balanced.

Currently, $325 million of additional tax revenue are available to be built into the FY15 State budget.  Should this $325 million be spread around evenly to all budgets that were cut in 2011?  Or, should this $325 million be given only to education, or transportation?  Or, should we have the difficult conversation about what it takes to fix our roads, properly fund our education system and re-build our communities?   Well, how about we start this “difficult conversation”.   According to many policy analysts, our State could generate an extra $9 billion, if we made a few adjustments in our tax code.

The first major change could be a constitutional amendment which would give all citizens that bring in a household income of $125,000 a year or less a tax break.   This change would take place by shifting from a flat tax to a tiered graduated income tax of 3, 4, 5 and 6%.  Through this transformation an additional $600M would be added to the tax rolls each year.

The second change would add an additional $6 billion per year in the implementation of a statewide 6% tax on all services.  This tax on services would range from an individual purchasing a ticket to a Red Wings game to an individual receiving non-essential medical procedures.  Many have argued that this tax would kill businesses.  If this is true, my question is, if an individual can pay $10,000 for non-essential plastic surgery, will the additional $600 they pay in taxes change their decision to have the procedure?

Transformation from “Unit Taxes” to Percentage Based Taxes

Changing the cigarette, beer, wine, and liquor unit taxes to percentage-based taxes would equate to a $400 million surplus each year.  This change is extremely controversial because many bar owners argue that less people would come to their bar if this tax were implemented.  So, lets examine their argument.  They argue, if a bar owner charged $2.50 for a glass of beer and the glass of beer has a 6% tax on the glass, the glass of beer would have a 15 cent tax.  Now, would most bar owners charge $2.65, or round up and charge $2.75 per glass?  I’d argue they’d raise the charge to $2.75 and make an extra 10 cents of profit per glass.  My question is to the local bar patron, would the increase of $.25 per glass of beer deter you from visiting an establishment?

Finally, transforming our transportation-funding model to match our funding levels in 1992 (with inflation) would need an increase in the State Excise Tax of 40 cents per gallon and an increase in vehicle registration by $5 per year.  These increases would add $1 billion to the State budget and give the funding needed to fix our roads.  This increase would equate to roughly $143 extra per year or a .5% increase to the average driver in Michigan.

The Impacts of $9.3 Billion in Additional Revenue

Upon examination of these increases, all household incomes under $125,000 a year would see a tax break on their income taxes.  All individuals who pay for services would pay a sales tax that they did not pay before.  All individuals who purchase non-perishable food or buy items on the Internet would pay a sales tax.  If you smoke, or drink alcohol, you would see an increase.  And finally, all drivers in Michigan would also see an increase.

We know that all citizens would pay on average an additional $180 per year for a non-perishable food tax and an additional $143 per year for the increase in transportation taxes.  This would leave the median household with a tax break of $283 (606.25-323), dependent upon how much they purchase in services, online sales and on cigarettes or alcohol.

We know how this $9.3 billion would impact the average Michigan household, but what does this $9.3 billion purchase?  $9.3 billion could be used to re-establish all of the State tax credits for the middle-class and remove the 4.25% income tax on pensions.  This could also increase funding to our K-12 schools by $2 billion, add $1 billion to our higher education system, add $1 billion to municipal revenue sharing, add $1 billion in transportation funding and leave approximately $2 billion left over for increases to our social services, state employees, among other unfunded liabilities that our State has.

So, come November, ask yourself, what kind of State do you want?  Do you want a State that gives median taxpayers a sizeable tax break, while reinvesting in our critical services or s State that continues to have potholes, crowded schools and crumbing cities?  I prefer the first option.  I like to drive on good roads.  I want to send my kinds to quality schools.  And, a high quality of life factor is a priority for me.