The Protection of Conscience 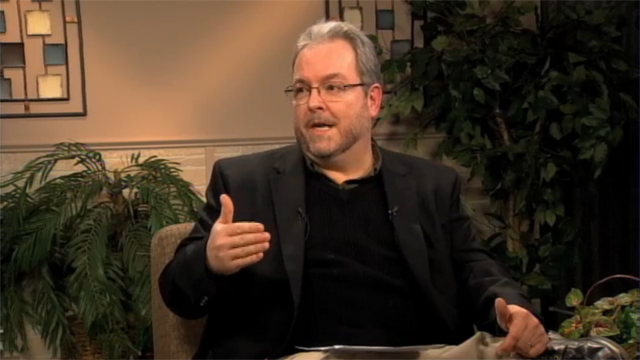 Two years ago I wrote a Currently Speaking blog showing that the Religious Freedom Restoration Act would protect religious organizations from obeying parts of the Affordable Care Act that violated their beliefs. The Obama Administration has since essentially conceded that point. This past Tuesday, corporations owned by religious individuals had their day in front of the Supreme Court arguing that the same protection of RFRA applied to them. There have been recent failed attempts at the state level of invoke RFRAs for businesses that believe their contributing to a same sex wedding is a violation of their faith.

For some they see these arguments about contraception and same sex marriage as political attacks of the Right and a form of sexual racism. They see a “war on women” and have adopted “homophobe” as the new “N” word to degrade others. More disconcerting is that they want the policies of government to force compliance on those whose beliefs are different from theirs.

This blog is not an effort to slice the Gordian knot between religious liberty and sexual liberty. It is rather an explanation of how the world view of persons of faith shapes their conscience and an appeal to not quickly disregard the necessity of protecting that conscience.

In a previous career, I planted and pastored a new church long before I became a political scientist. While the pastor of a growing, new congregation we purchased our first church building, a sanctuary of another defunct congregation. As if a perfectly preserved insect caught in amber, the church building still had hymnals in the pews, toys in nursery and bulletins of the last worship service on the secretary’s desk.

Like many churches, it also had a Christian and American flag on opposite sides of the sanctuary. As soon as I received the keys after the closing, I rushed to the church. I removed the American flag from the sanctuary and buried it deep in the back of a walk-in closet. Why you ask? I’ll explain in a minute.

Why is religious liberty or protection of conscience the first liberty in the Bill of Rights? I would argue because that protection is foundational to all other liberty.

Religious faith is about the choice of conforming oneself to a perceived body of truth. I say perceived because obviously not everyone agrees about “what is truth”. Religious faith like partisanship, ideology and a whole myriad of –isms is a preference and as the political philosopher John Locke argued, religion (like many of these preferences) cannot be proven or disproven in this life.

Locke went on to argue since no religion can be proven true over other religions to the satisfaction of everyone, we needed to tolerate and protect all faiths. This tolerance becomes the basis for allowing all systems of belief that differ from our own. Unless we want to arrogantly assume the rightness of only our philosophies, beliefs, values or doctrines then we have to grant the liberty to others to differ in their belief and practice.

Religious beliefs, however, sometimes seem more difficult to accommodate than other beliefs. As Charles Hayes at the First Amendment Center at Vanderbilt University writes  “Religious liberty is less about the freedom to do what one wants or enjoys — and more about the freedom to do what one must do according to the dictates of conscience.” A religious person finds a set of religious beliefs or doctrines that they choose to follow. For many these beliefs rearrange the priorities of their lives and result in profound changes- often uncomfortable changes.

For example to paraphrase the Protestant Reformer, Martin Luther, for many Christians if the Word of God does not become your enemy then it has no authority in your life. For many persons of faith, the decision to believe the New Testament, Talmud, Koran or the like, cuts across their personal preferences challenging their ethics, politics and lifestyle. The end result is it makes one different from and even rigid compared to other citizens. It is that difference that is hard for some to appreciate and to want to defend as a liberty. If an individual has never had a belief system rearrange their core identity then one may not understand the need to defend the conscience and liberty of belief systems that seem alien to them.

So why did I hide the American flag? Because as a person of faith, I am a citizen first of the Kingdom of God and all other affiliations are secondary. My faith requires me to see the entire world through that primary affiliation. It leaves me unable to comfortably or neatly fit entirely into any political party or ideology or philosophy or ism. I live in a kingdom whose government is a higher authority for me than the government of the United States. When the two are in conflict over fundamental convictions, I know which I must follow in as prayerful, peaceful and grace-filled way as I can.

This kind of thinking has motivated faith-based abolitionists, women suffragists, and civic rights marchers in Birmingham and across the South. It has also motivated persons to block abortion clinics and nuclear power plants. It determines how some people of faith respond to contraception and definitions of marriage.

I don’t know where to draw the line in the current battles over conscience. Wherever the line is draw, I hope it is arrived at by consensus rather than imposed by one side on another. I ultimately fear the worst for all forms of belief we could chose to live by, if we decide casually and callously to enforce uniformity by government fiat. Freedom of religion and conscienceonly exist if we allow room for government-protected non-conformity and dissent.