5 Reasons Why Raising the Minimum Wage Is a Bad Idea 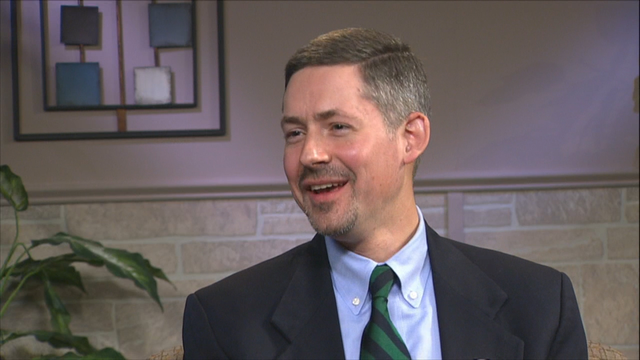 With ISIS, Ukraine, and Brian Williams now dominating the headlines, there are some less dramatic, but equally important stories that seem to have fallen by the wayside. One that appears to be creeping back to the forefront, however, is the question of whether or not to raise the minimum wage.

Last year, President Obama called on Congress to raise the minimum wage and, through an executive order, did so for federal contractors. Since that time, several states as well as some cities have raised their minimum wages (some to as high as $15 per hour).

According to the National Conference of State Legislatures, 29 states now have minimum wages higher than the federally mandated $7.25 per hour.

Despite the overall upward trend, the question remains: should the federal minimum wage be raised? No. Here's why:

1. Raising the minimum wage is inflationary.

I learned this lesson firsthand as a teenager working in the fast food industry. Back then, the minimum was $3.35 per hour and was set to increase to $3.85 per hour. Being the naïve 16-year-old that I was, I thought, “Great, I’m getting a raise!”

But, on the first day after the increase had taken effect, I was provided with a valuable lesson in economics. My boss immediately handed me a list of the new (increased) prices for every item on the menu and it was my job to change the prices on the menu board.

Understandably unwilling to take a pay cut himself in order to cover our raise, the owner of the restaurant simply passed that additional cost onto his customers…of which I was one. So while I was making 50 cents more per hour, the lunch that I bought on my break now cost significantly more money than it did the day before, offsetting much of the supposed increase to my income.

2. Raising the minimum wage is essentially a tax.

At least I got a raise! What about everyone else? Another problem that minimum wage advocates either don’t understand or conveniently fail to mention is that the inflationary effect of raising the minimum wage is essentially a tax on everyone who already makes more than the minimum wage.

In essence, everyone who makes more than the minimum wage is being “taxed” through higher prices in order to pay for the increase, but without a raise of their own to make up the difference.

While those with higher incomes may be able to absorb their loss of spending power without too much difficulty, the ones who are actually hurt the most are workers who were already making something just above the minimum wage.

According the Pew Research Center, only 2.6 percent of American workers earn the minimum wage and, not surprisingly, over just half of those workers are under the age of 24.

The largest cohort of minimum wage employees are teenagers working part-time; they aren’t supporting themselves, let alone a family. I, like most Americans, worked for the minimum wage at part-time and summer jobs when I was a teenager. I still lived with my parents, had no one else to support, and my income was almost entirely disposable.

There is a place for jobs like this for jobs that require no experience, little or no skill, and pay something less than a “livable” wage necessary for supporting oneself or family. Minimum wage jobs allow young people to learn responsibility, earn some money, and achieve a degree of independence before fully entering the adult world.

While I feel for the small number of people who are actually trying to make ends meet with a minimum wage job, the solution is not to raise the minimum wage for a group of workers who are disproportionately young, working part time and during the summer, and still being supported financially by their parents.

4. Raising the minimum wage is not the best way to help people making minimum.

So what is to be done? However small the number, there are people trying to support themselves or their families with minimum wage jobs. But raising the minimum wage is probably the least efficient way to help those relatively few people.

A recent article in the Oregonian highlights a non-partisan study conducted by the state legislature that an increase in the Oregon’s minimum wage from $9.25 to $15.10 would result in a net gain of only $49 per month for minimum wage employees!

The best way to help to help those trying to live on the minimum wage is to get them into better, higher paying jobs through education and retraining programs. The costs of such programs would be far less than those associated with raising the minimum wage.

5. Raising the minimum wage is a drag on the economy.

Finally, for all of the reasons outlined above, raising the minimum wage is also a drag on the economy. Indeed, I suspect that, even without an increase to the federal minimum wage, part of the reason for the slow pace of the current economic recovery has been due to the piecemeal minimum wage increases at the state and local level.

Raising the minimum wage ultimately puts very little additional money in the hands of those few actually working for minimum wage, but it takes away money from everyone else. When you reduce the spending power of the majority of Americans, they tend to spend less…which pulls down the entire economy, ultimately working against the recovery.