Will Labor Make a Deal with the Devil? 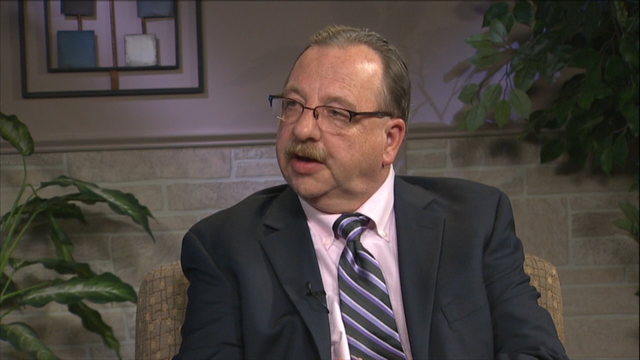 So far, the anti-tax forces still seem to have the upper hand in the debate over fixing Michigan’s crumbling roads.

Proposal 1 is a tax increase. Because it would raise the state’s sales tax from 6 percent to 7 percent, it has to go before the voters. Only a vote of the people can raise the sales tax rate, which is set in the state constitution.

Gov. Rick Snyder has staked a lot of his political prestige on passing Proposal 1 in May. Attorney General Bill Schuette, with his eye firmly on the Corner Office in 2018, apparently has decided there’s more political benefit in opposing the proposal.

Michigan ranks 50th out of the 50 states and the District of Columbia in per-capita spending on roads. Many places are deciding that it’s better to turn paved roads back to gravel to save on maintenance. But even though people complain loudly, getting people to pay to solve the problem just isn’t getting traction.

It’s interesting to see who’s sitting this out. The Michigan Chamber of Commerce, the statewide business group, has decided it’s neutral on the issue. And organized labor is doing next to nothing to support it.

Labor is still smarting from the passage of Michigan’s so-called right-to-work law. Unions painted Snyder as the devil for signing right-to-work. The law already is likely to have put a dent in the treasuries of many unions, and they’re telling the governor and other Proposal 1 supporters that they just don’t have the money to get behind it.

Labor has a lot to lose if Proposal 1 fails.

Michigan requires that contractors on state-funded construction projects pay their workers a so-called “prevailing wage,” which, in practice, turns out to be pretty close to union scale. This applies whether or not a union represents the contractor’s workers.

Repealing the prevailing wage law has long been a goal of the anti-union political right. That movement hasn’t gone anywhere until now. Think about the Republican-dominated political landscape in Lansing, and what it might look like if Proposal 1 fails. The prevailing wage could be history in a matter of weeks, slashing non-union construction workers’ wages immediately, and putting severe pressure on union workers for give-backs.

So far, labor leaders either haven’t seen this, or haven’t had the will to strike a deal with the devil.

Repealing the prevailing wage would, at least for a while, stretch existing state road dollars. The cost would be borne by low-wage, low-skilled workers. They’re too busy working multiple jobs to vote anyway.

Business wins either way – either by getting better roads, better-funded schools and more money for local government services, or by weakening unions. Business doesn’t have to do anything.

Labor could gain a lot with the passage of Proposal 1, in new jobs and protection of the prevailing wage. But getting behind it would require actually agreeing with Rick Snyder on something – and that doesn’t appear to be something labor leaders are willing to do.