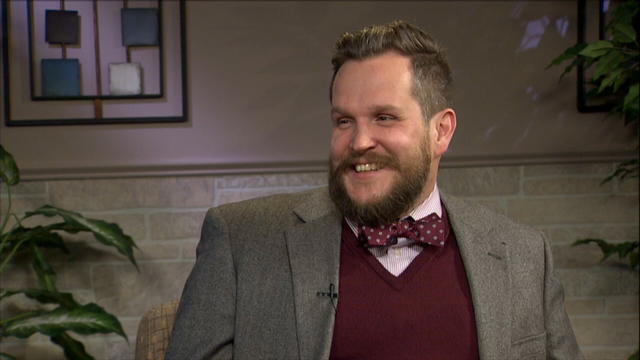 With the March 31 target fast approaching, top diplomats from the U.N. Security Council, Germany, and Iran are trying to bridge remaining gaps that would be the basis for a deal that would lift sanctions against Iran in exchange for curbing Iran’s nuclear weapons program.

Any number of parties on both sides of the aisle have rightly demanded assurances that Iran will live up to its promise to refrain from developing nuclear weapons. Iran can go a long way to providing some measure of assurance by performing one simply act.

A former United States Marine, Amir Hekmati is an American born Iranian-American resident of Flint. He has been awarded for his military service, recognized for his civil service, and honored for his academic accomplishments.

After starting his own consulting company, Amir was set to pursue a degree in Economics from the University of Michigan in the Fall of 2011 after traveling to Iran for the first time in August of 2011 to visit family, having received permission from the Iranian government.

While in Iran, Amir was arrested, detained, interrogated, and falsely imprisoned and remains so to this day. After months of incarceration, Amir was sentenced to death in January of 2012. There is no independent account of Amir’s trial that indicates that he was treated fairly or justly. Indeed, an Iranian court overturned Amir’s death sentence citing a “insufficient evidence” and ordered a new trial.

Unfortunately, that new trial did not occur until April of 2014, a trial that Amir and his lawyer were neither informed of nor allowed to participate in. He is currently serving a 10-year sentence in Tehran’s Evin Prison.

United States Congressman Dan Kildee—Amir’s Congressional Representative in Michigan’s 5th District—has called attention to Amir’s plight for months, well prior to the beginning of the most recent round of talks in Geneva about Iran’s nuclear program.

In an especially dramatic moment, Congressman Kildee reserved a seat at President Obama’s 2014 State of the Union for Amir, bringing national attention to the issue. The very real worry is that a deal will be struck with Iran that does not include the release of Amir.

No one act, however, meaningful to Amir’s family, will be sufficient to demonstrate that Iran is sincere in its pledge to refrain from developing nuclear weapons.

As of March 31, 2015, Amir will have been wrongly imprisoned in Iran for 1,310 days—well over 3 years. No deal with Iran should be struck that lifts sanctions unless it does one simple thing: