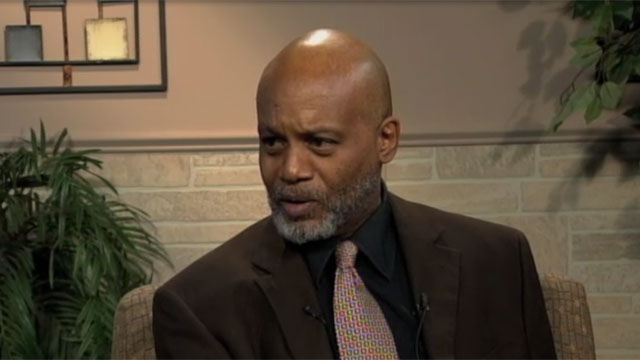 The Black Panther Party for Self-Defense (1966-1982) was a revolutionary nationalist organization founded in Oakland, California by Huey P. Newton and Eldridge Cleaver. The organization appealed to alienated Black youth who were too frequently the victims of brutal and trigger happy police tactics in cities like Chicago, Detroit, Cleveland, Newark, San Francisco, and Los Angeles.

The Black Panther Party’s primary practice was to establish citizens' patrols to monitor the behavior of police officers during arrests and to challenge police brutality. Armed with the U.S. Constitution and shotguns purchased from the sale of Mao’s Little Red Book, the group quickly drew the ire of FBI director J. Edgar Hoover, who called them the most dangerous threat to America.

However, it was not the Black Panther Party’s shotguns that were a threat to national security but rather an extensive variety of community social programs. These included programs offering free breakfast for children and free community health clinics. During the Cold War, these embarrassing peoples programs were a political liability that further exposed the hypocrisy of what Gunnar Myrdal termed America’s Moral Dilemma with respect to race.

With respect to monitoring contemporary police brutality and extra-legal executions, the Black Panthers Party’s monitoring function has been replaced by the cellular phone. The cell phone also allows us compare law enforcement tactics in the differing racial scenarios.

For example, eight officers and a Walmart employee were assaulted in a Cottonwood, Arizona parking lot in a fight that left one suspect dead, another wounded and seven in custody. When officers arrived, the suspects were in the parking lot and attacked the officers, DPS said. One suspect was shot and killed during the fight, another was shot in the abdomen, and a total of seven others were taken into custody.

The conflict was captured and documented and the family will face justice. “We do believe that there was a struggle for an officer’s weapon; there is an ongoing investigation on that,” said DPS spokesman Bart Graves. “This is a very complex investigation, we are still sorting things out and there are a lot of witnesses to talk to, so we are in the early stages. We were asked by Cottonwood police to conduct a criminal investigation.”

In North Charleston, Walter Scott was shot in back while fleeing now ex-officer, Michael Slager. The Dash Cam video from Slager’s patrol car shows an initial traffic stop and early interactions between the two. Slager approached Scott's vehicle. The two men spoke. Scott told the officer he did not have insurance for the Mercedes he was driving. Scott exited the car and ran out of the range of the dash cam.

This time, a citizen armed with a conscience and a cellular phone documented the shooting of Scott and the planting of evidence by the police. Slager faces homicide charges.

Compare and contrast the “cautionary reaction” of the law enforcement in the Eric Garner, Michael Brown and Walter Scott cases with the Cottonwood, Arizona shoplifting incident. Is there a difference?