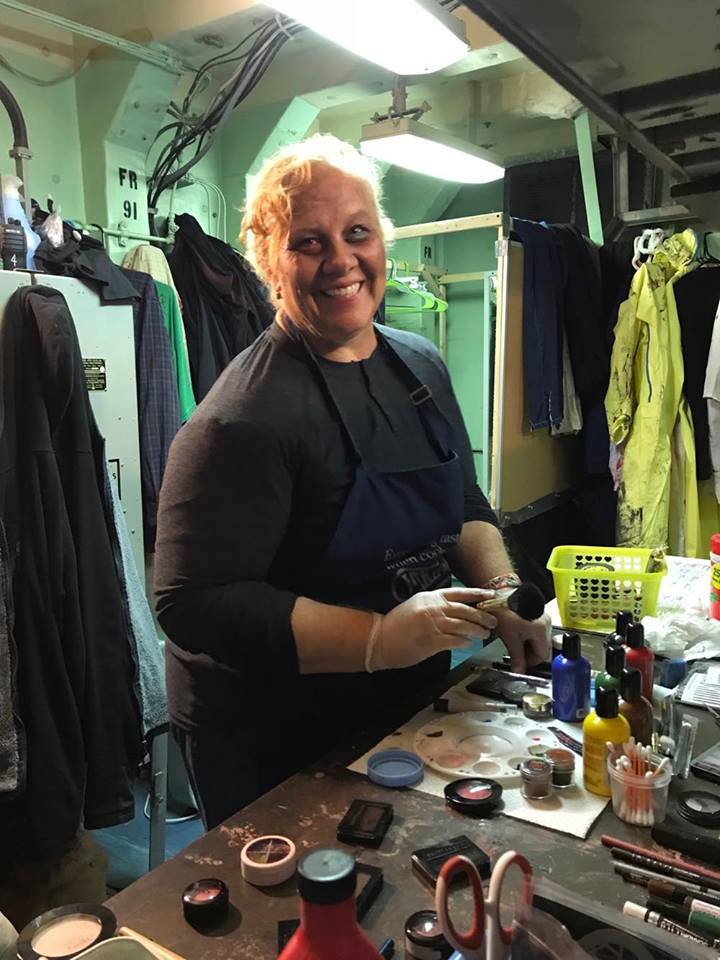 There are only two more opportunities this fall to get a close look at a local landmark dressed up for Halloween. Local Volunteers and ghost hunters host The Edson Incident through this Saturday in Bay City. The Edson Incident is loosely based on a true story involving the naval destroyer docked near the Independence Bridge in Bay City. Hosted by Metro paranormal investigators, Wayne Miracle, Chris Forsythe and Russ Gifford took a legend a few steps further, making it a zombie apocalypse to raise funds toward the preservation of the museum ship. Forsythe says the story comes from the actual sighting of an unidentified flying object in the 1960s, involving the U.S.S. Edson and another destroyer. At that time the country was embroiled in the Vietnam War and Forsythe says so called “Black Helicopter sightings were not unusual. They took that story further and created a haunted tale of mayhem on the ship, but Forsythe says it’s more than just another haunted house.

“You’re actually on a decommissioned naval destroyer that’s really haunted,” he says, adding, “I like to remind people of that when they come aboard – you’re not just coming to a haunted house and going ‘ooh ahh’, you’re actually helping to preserve a very important piece of history. Because we have artifacts aboard ship that are none other in the world.”

The Edson Incident runs through Saturday night, which gives visitors the chance to see one of only two navy destroyers of its class left. Forsythe says there are artifacts on the ship that cannot be seen anywhere else, or any other time of the year. He says the haunted ship often brings people back to tour the ship during the day, which also helps the museum. Forsythe says the haunted ship event also gives volunteers time to clean up and winterize the ship, which is open to the public through the end of December. For more information go to www.ussedson.org. The Edson Incident is open Friday night and Saturday night until Midnight.