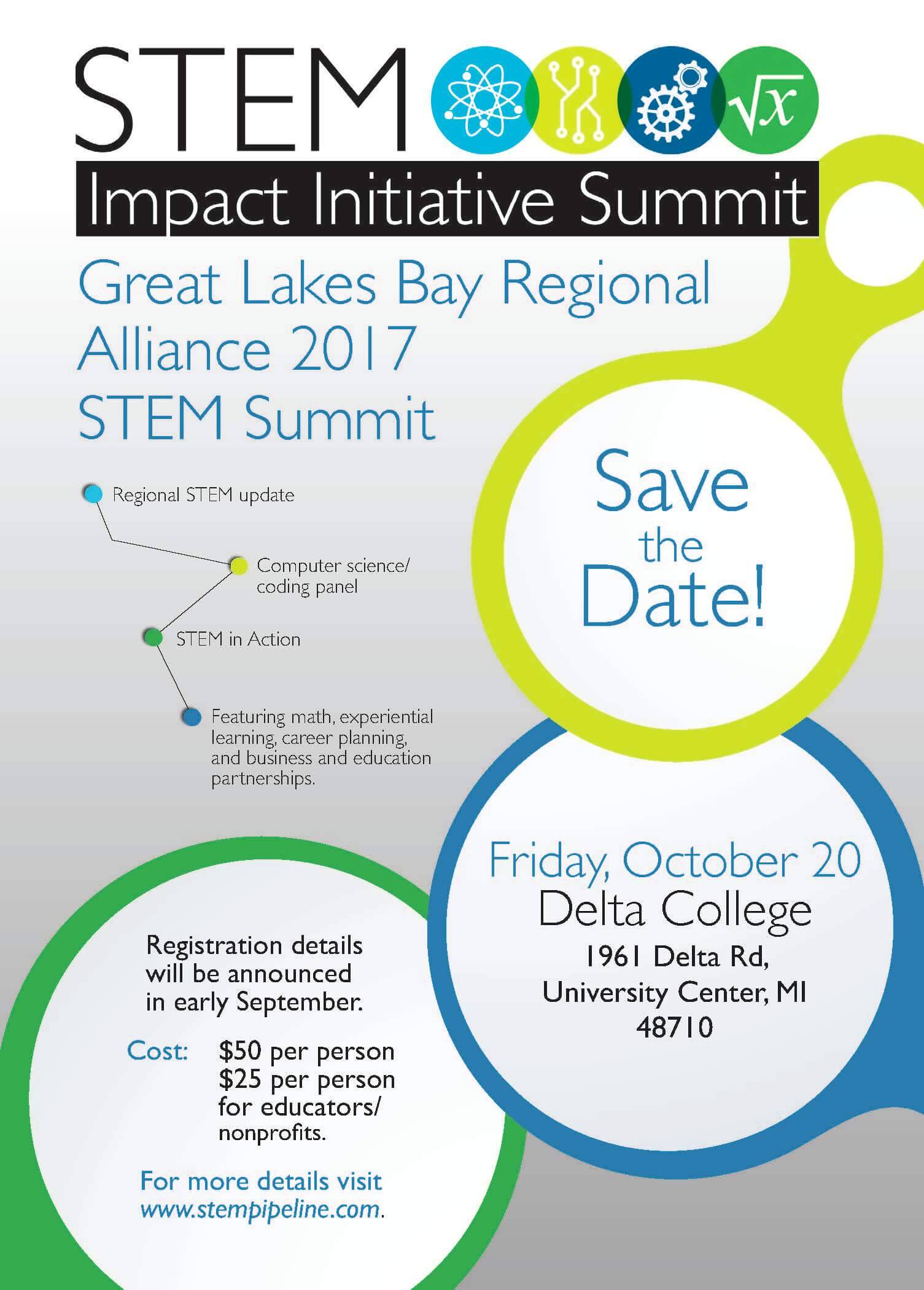 Save the Date postcard
www.stempipeline.com

It’s been three years since the Great Lakes Bay Region hosted a Summit to talk about Science, Technology, Engineering and Math (STEM) and the types of careers that will be available in STEM fields. At the end of this month the second regional STEM Summit is planned at Delta College. Matt Felan is President and CEO of the Great Lakes bay Regional Alliance. He says the first summit, held at Central Michigan University in 2014 looked at a study of the future of STEM and laid out the guidelines for a talent pipeline. The event planned at Delta College will not only look at progress over the last three years, but look forward to what needs to be done yet. He says the summit will bring together key players in the STEM Initiative.

Felan says, “The premise of this is to bring leaders education, whether it’s K-12, higher education, training programs, unions, ABC, apprenticeship programs, etc., and business and industry; the ones that are going to be hiring these folks. Bring them together to really get an understanding of what we’re doing in STEM but more importantly to get an idea of where each of those is going to play a role as we move forward.”

Felan says the STEM Summit is a way to lead students toward careers, especially in computer sciences. He says the end goal will be to get kids in grades K through 12 interested in learning in the STEM areas because there will be jobs created around technology. Felan says in the near future autonomous vehicles will be manufactured here in the region and they are primarily computer driven. The STEM Summit is open to anyone with an interest. Delta College will host the summit on October 20th. Felan says the hope is to get more students into the STEM Pipeline by giving educators the resources they need. For more information on the 2017 STEM impact Initiative Summit visit www.stempipeline.com.