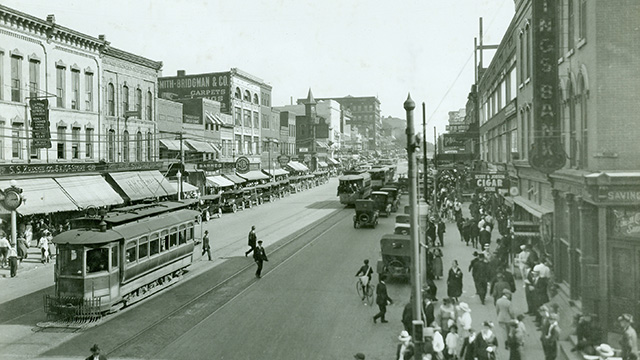 It is a city of pioneering innovation, industrial growth, and enduring optimism.

In part two of our Flint series explore Flint throughout the 20th century. Relive the rise of the automobile and General Motors and the contribution of Flint residents through two world wars.

Experience the impact that Charles Kettering, David Dunbar Buick, and Charles Stewart Mott had on the positive development of the city of Flint. And witness the city's hardships through blizzards, floods, and the decline of the automobile industry.

Today Flint is again becoming a hub for culture, education and new business. People and entrepreneurs are returning to downtown Flint, creating the feeling of boundless opportunities for the Vehicle City.