The producer/director won the Historical Documentary award at the 41st annual Michigan Emmys.

With Vietnam Voices, Przybylski brought 32 local voices together to reflect on the volitaile Vietnam War era and tell their stories. These local voices include Vietnam veterans, family members, protestors, students eligible for the draft, Vietnamese immigrants, and more. 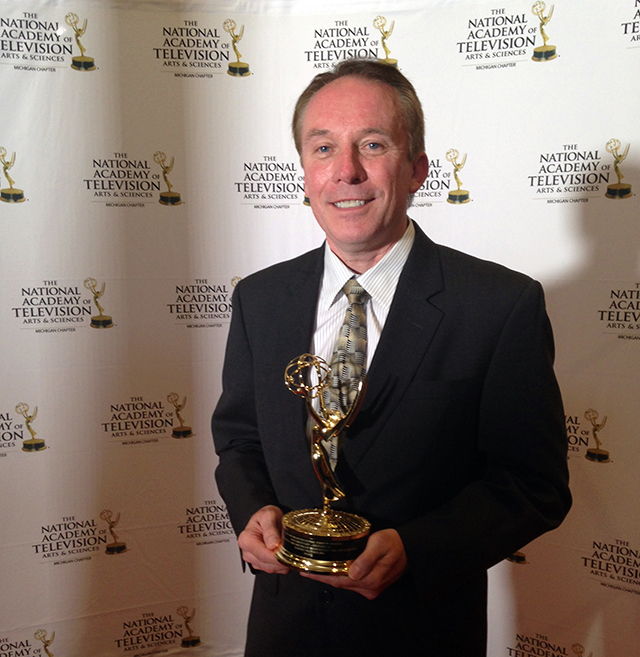 "Winning this award is a huge honor and really validates the hard work that went into making this documentary," Przybylski says.

"The Emmy Awards are a big deal in the broadcasting industry. You compete against both commercial stations and other public broadcasting stations from much larger markets. And being recognized on a state-wide level for the quality work that we do here at Q-TV is something our members and viewers can be proud of."

Przybylski spent the spring and summer of 2017 on research, interviews, and writing for Vietnam Voices. Editing began in the fall. It debuted in May 2018.

"I wanted the documentary to explore how the Vietnam War impacted the lives of those people involved in it and how it still impacts people today," Przybylski says.

"I really wanted to tell the story using their own words so there is little narration used to move the documentary along. I wanted to let those who participated in the project tell the story. I am very grateful to all those people who agreed to be interviewed for the project and who trusted me to tell their stories."

"I have been nominated four previous times for other documentaries but never won, so the fifth time must have been the charm," Przybylski says. "It feels really great to finally win one."

Q-TV has been producing local documentaries since 2005. They have included other veteran-focused documentaries such as Vanishing Voices of World War II and The Korean War: Voices from the 38th Parallel as well as programs about Michigan's history with logging, railroads, and immigration.