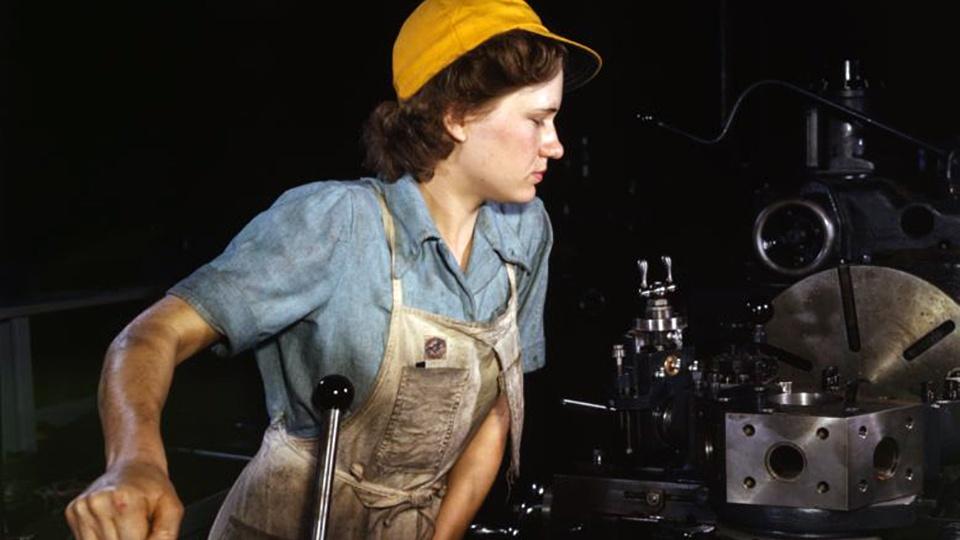 World War II was the defining event of the twentieth century. Over 16 million Americans served in Europe and the Pacific during the war, but millions more worked long hours, often under very difficult conditions, to produce the needed war materials for the Allied troops.

Michigan was at the center of this "homefront army" and President Roosevelt admiringly referred to the state as "The Arsenal of Democracy." Companies such as General Motors, Defoe Shipbuilding, and Dow Chemical converted their production to the war effort, producing everything from synthetic rubber to tanks and ships.