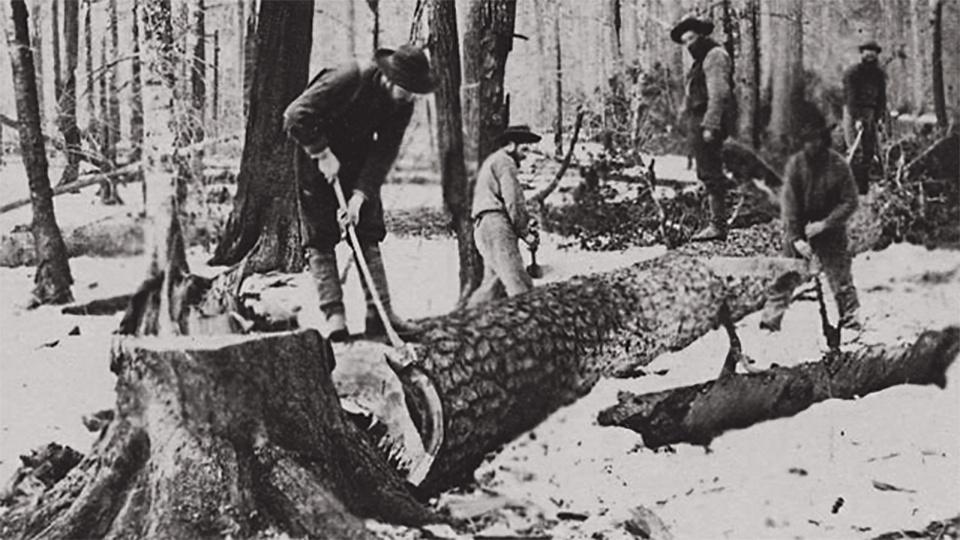 Towering white pine brought settlers to the area, but no one could have predicted the impact that the lumber industry would have on the nation, the state, and especially the Saginaw Valley. Never again will there be a time as wild and unrestrained as when sawdust flew and lumber barons and their shanty boys reigned in the Saginaw Valley.